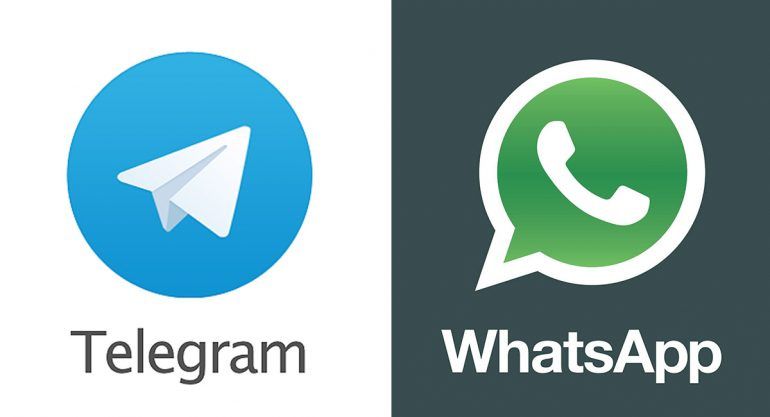 There are many messaging applications in the world, but there are only two worthy of fighting for the throne to be the best chat application today. We are talking, of course, about WhatsApp and Telegram, the only apps capable of awakening an entire legion of fans willing to defend them to death.

Formerly, the difference between the two could be summarized in that Telegram was the best technically speaking, but WhatsApp had more users. Now, however, things are different: WhatsApp has included many new features in the last year, but Telegram refuses to be left behind. It’s time to explore in depth what are the advantages and disadvantages of each app in 2018.

What’s more important to you, privacy or large amounts of features? Which application is installed on your smartphone, tablet, laptop or PC? Share this post with your friends! Sip Systems explains and answers here some very important questions about all advantages of each system to help you make you own conclusions.

It’s official: WhatsApp has surpassed 1.5 billion users, surpassing even its half-brother Facebook Messenger. Telegram has to settle for only 180 million users, a much lower figure. WhatsApp retains the advantage here.

Here the two applications are fairly even, because although WhatsApp always maintained an atmosphere of “serious application” while Telegram used animated gifs, stickers and bots happily, today WhatsApp has included certain features such as gifs. Small advantage for Telegram.

This particular fight must be decided on the points, because now it is more equal than ever: it is possible to send any type of file on WhatsApp, while Telegram incorporated the location in real time. However, Telegram continues to lead by allowing more elements to be shared, such as video clips, files of up to 1.5 GB, stickers, among others. Advantage for Telegram.

It took many years for WhatsApp to incorporate voice calls and then video calls using VoIP service providers (such as Sip Systems). For its part, even today is the day that Telegram doesn’t have video calls, since it has focused on text messaging (to the point that it was recently that they finally incorporated voice calls), but it´s still a disadvantage not to have video calls, unlike its main competitors. Advantage for WhatsApp. Recent update for Telegram allows making video calls even conference using latest media codecs and some VoIP protocols. (still BEta_ version)

In the past, the security of WhatsApp was a complete joke. Now Facebook has taken more seriously the security of its most popular app (after the same FB), so it introduced point-to-point encryption for all conversations. For its part, Telegram bases its security on the secret protocol MTProto (being criticized that it does not disclose all the details of this protocol) and in two layers of security: secret chats (end-to-end encryption, such as WS) and normal chats (encrypted between the client and the server).

It seems that MTProto works very well, given that the governments of Russia and Iran have blocked Telegram in their countries. For its part, there is much controversy about whether WhatsApp shares its data with Facebook and we must add that the backup is saved without encryption.

On the other hand, in Telegram you can also ensure your privacy using a username, while in WhatsApp you must give your phone number to talk to someone, even if it´s a complete unknown. Advantage for Telegram.

Being based on the cloud, Telegram has an undeniable advantage in this field, since it has real native applications for desktop operating systems, such as Windows, Mac or Linux, while versions of WhatsApp for Windows or web are mere cheap copies that they require that your phone is turned on and connected to the network to use them. Advantage for Telegram.

Not much you can change the appearance of WhatsApp, beyond an app that brings several wallpapers for your conversations. For its part, Telegram includes several themes that change the color of anything in the program (with editor included), as well as wallpapers for the chats. This, of course, without mentioning the stickers and animated gifs of Telegram. Advantage for Telegram.

In summary, we can say that despite its advantage has been shortened; Telegram is still the best chat application today, technically speaking. However, it still has the pending challenge of attracting more users, while WhatsApp seeks some new feature with which to retain its 1.5 billion users. Undoubtedly, the war of messaging apps will continue for several more years.